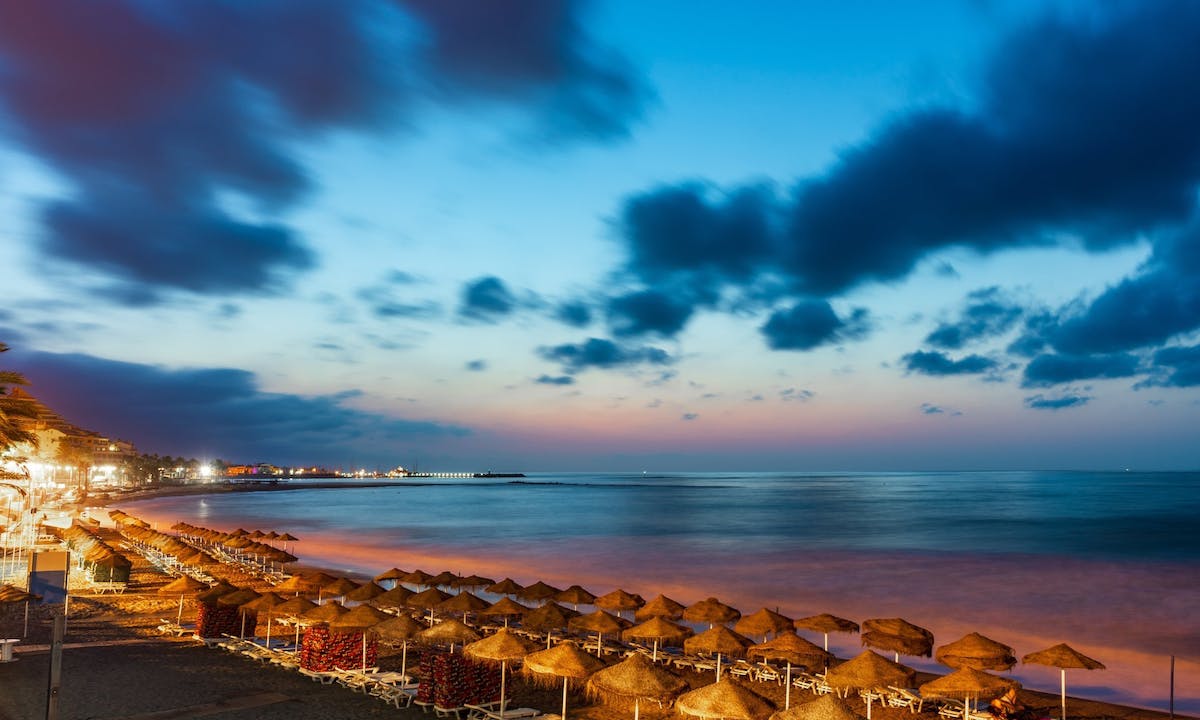 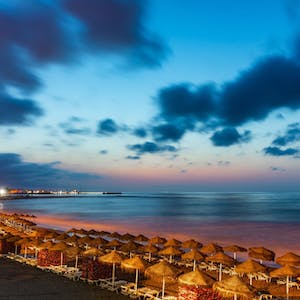 Benalmádena is a municipality in the province of Malaga consisting of three main areas: Benalmádena Pueblo, Benalmádena Costa and Arroyo de la Miel. The city of Malaga (and the nearest airport) is...

Benalmádena is a municipality in the province of Malaga consisting of three main areas: Benalmádena Pueblo, Benalmádena Costa and Arroyo de la Miel. The city of Malaga (and the nearest airport) is about 12 km to the west, and Marbella is 42 km to the east. The area has grown rapidly in recent decades due to tourism and has become one of the Costa del Sol's prime holiday spots.

With a wide and varied array of activities, no visitor will be bored when visiting Benalmádena, a town which is more than just a resort.

Benalmádena enjoys a subtropical Mediterranean climate, with hot summers and warm winters. Cooling breezes from the sea make the summer heat manageable, temperatures are an average of 30 ºC in summer and 17 ºC in winter.

Benalmádena"s beaches are mainly centred around Puerto Marina. They vary from wide, sandy beaches perfect for families to more rocky beaches that are best suited for serious swimmers. If you don’t mind leaving Puerto Marina and Benalmádena Costa, head towards Torremuelle, where you will find quieter and emptier beaches. If you search well you will also stumble upon secluded coves that double as nudist beaches.

Things to do and places to be

Benalmádena Costa is home to the majority of the area's attractions, most importantly the golden sandy beaches. There are many restaurants and bars that serve food from all over the world. The relaxed, friendly atmosphere all year round makes it a beloved destination for families.

El Parque de la Paloma is a gorgeous and extensive park in the centre of Benalmádena Costa. There is a stunning array of both local and exotic plants, and there are many animals such as hens, rabbits and exotic birds walking freely around the park. It is beautifully landscaped with themed gardens and rocky waterfalls, which run down to a lake. Next to La Paloma Park you will find Selwo Marina, the sister to Selwo Adventure Park which is further down the coast. You can view dolphins, sea lions, crocodiles, exotic birds and snakes. A penguin habitation has been installed recently, giving a glimpse of the Antarctic in Andalucia.

A promenade connects Benalmádena Costa to Puerto Marina (Marine Port), which offers excellent shopping and dining. The marina is also home to The Sea Life Centre, where you will find all manners of marine wildlife. It has a petting tank where you can pet the rays. Take a stroll around the port and look at the floating hotels and millionaire’s yachts. When the sun goes down Puerto Marina becomes one of the coast’s best party destinations.

Arroyo de la Miel used to be a former sleepy village, but now it links Benalmádena Pueblo to Benalmádena Costa, which means it is right in the centre of the municipality. It has grown into a fantastic area for getting a bite to eat and shopping to your heart's content. The train station is also found in Arroyo, which links the town all along the coast from Malaga to Fuengirola.

You can take a cable car to the top of Mount Calamorro where you can enjoy the breathtaking panoramic views of the Mediterranean. . When you arrive on the summit, you can take hikes or do bike routes, and there are also horse and bird shows. Opposite the cable car station you can visit Tivoli World, a theme park many rides and shows.

Benalmádena Pueblo is the original village, set back from the coast on the foot of Mount Calamorro. The village has a traditional Spanish look with white-washed buildings and labyrinth alleys, but the atmosphere is  a much more cosmopolitan. Visitors to Benalmádena Pueblo can enjoy fine dining in picturesque squares and awe-inspiring views of the coast and the sea.

La Capellania is a quiet neighbourhood just outside Benalmádena Pueblo. It’s a perfect place to de-stress, but it is still close enough to all the entertainment on the coast. Apart from that, it is also the most luxurious area in Benalmádena, with many villas overlooking the Mediterranean. The Reserva del Higuerón neighbourhood, next to La Capellania, is another luxury resort. Fine dining, spa treatments and private sport clubs are just a couple of the luxuries available in the area.

Benalmádena is home to many events such as the Festival de Verano (Summer Festival), where you can enjoy live music, street theatre and lots of other activities. During summer you can also watch films on the beach for free (Cine de Verano). There are also two food festivals where you can sample all the seafood Benalmádena has to offer.

Apart from festivals, there are also a lot of culturally significant places in the town. For example, the Buddhist Enlightenment Stupa in Benalmádena Pueblo is the largest Stupa in the Western world. It is 33 metres tall and is a point of interest for Buddhists and non-Buddhists alike.

Benalmádena cuisine is wide and varies from restaurants offering typical Spanish dishes, with lots of seafood and rice, to anything and everything you could possibly wish for. Some more traditional bars will often give you a small amount of tapas for free with a caña ( beer). Benalmádena Costa is home to chiringuitos (seafood restaurants on the beach) where you can watch the fishing boats, which have often caught what you are eating.

Benalmádena has a number of golf courses, putting greens and driving ranges. Benalmádena Golf is home to a driving range, putting green and a straightforward 9 hole par three. It has an excellent clubhouse with restaurant. The nearest 18 hole course is Torrequebrada Golf, which offers a challenge to all levels of players. The pine trees that surround it gives it seclusion and some of the views are spectacular. 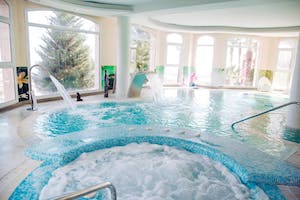 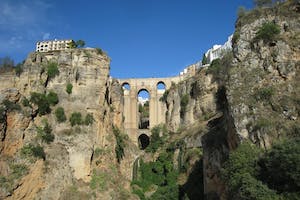 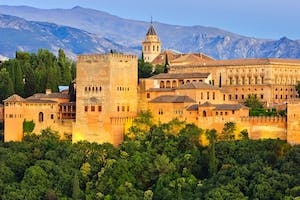 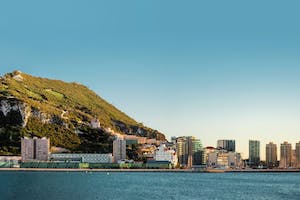 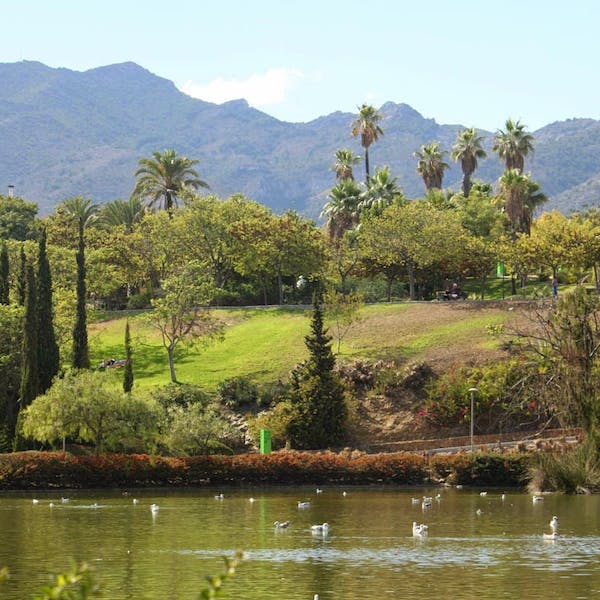 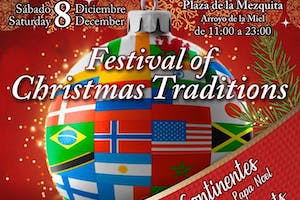 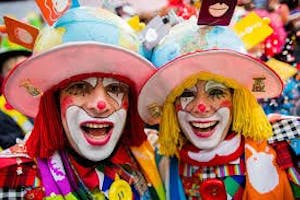 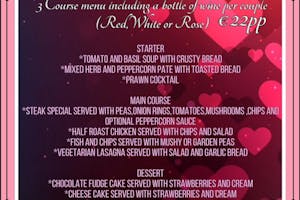 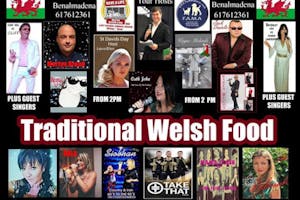