Port de Soller is a picturesque little village situated in a large horseshoe bay on the west coast of Mallorca.

Its isolated location at the foot of the Serra de Tramuntana meant that, before the...

Port de Soller is a picturesque little village situated in a large horseshoe bay on the west coast of Mallorca.

Its isolated location at the foot of the Serra de Tramuntana meant that, before the Soller tunnel opened in the 1990s, it was a difficult place to get to. As a result, unlike many other seaside destinations on the island which were subject to some overdevelopment in the 70s and 80s, Port de Soller came through this era unscathed.

The traditional charm remains firmly intact and has helped create a more sophisticated holiday destination. Surrounded by the Tramuntana mountains, Port de Soller is one of the few towns that can claim both magnificent mountain scenery and breathtaking sea views on the island. Being on the west coast, it also affords some of the best sunsets in Mallorca.

The bay is bordered by a sandy beach, lined by a pedestrianised promenade where visitors flock to admire the port's unwavering beauty. Here resides an endless stretch of cafes, restaurants and shops with the odd hotel in between. Remaining true to its traditional fishing harbour roots, seafood restaurants are in abundance. At the same time, there are several contemporary places popping up in the area, including top-notch restaurants and trendy cocktail bars.

This has coincided with the world-renowned Jumeirah Group opening a super-luxury hotel on the hills above Port de Soller, a 5-star hotel which prides itself as being one of the most luxurious places to stay in Europe, let alone Mallorca. As a result, the town has undergone a bit of facelift in the last few years, with the seafront being tastefully redeveloped and the tram line that runs to Soller re-routed.

Port de Soller has all the ingredients to make the perfect place for a vacation. And, to top it off, just down the road resides the delightful inland town of Soller which continues to embrace Mallorca’s heritage. Rustic stone architecture, a popular Saturday market and wonderful art galleries are amongst its highlights. It’s connected to Port de Soller by a vintage tram which takes its passengers on a picturesque journey among lemon and olive groves. 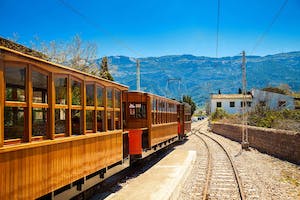 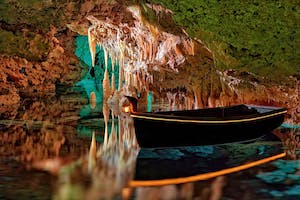 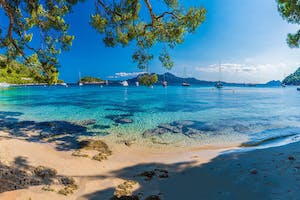